Fire Pro Wrestling 2nd Bout is the second game in the Human Entertainment (later Spike) Fire Pro Wrestling series. Originally released in 1991 for the PC Engine in Japan exclusively, it was later added to the Wii's Virtual Console in 2008.

It follows the blueprint of its predecessor Fire Pro Wrestling Combination Tag, taking the isometric perspective and stringent timing-based execution of its wrestling moves that the franchise would become renowned for. The game adds a few more match types and wrestlers (which, as always, are fictional wrestlers who resemble real stars) to the mix, expanding the original concept rather than modifying it in any significant way. 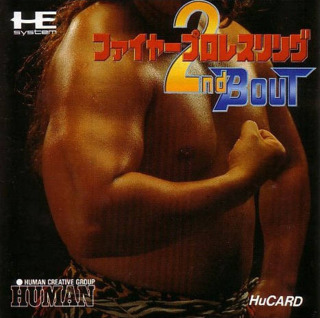