Set in the distant future, Imperium Galactica 2 allows you to play as one of three races, each of which has its own campaign, goals, strengths and weaknesses.

Imperium Galactica 2 falls into the rather small family of 4x real-time strategy games.  What this means in Imperium Galactica's case is that you play the game in real time, until it becomes overwhelming, then you slow down and paused the game until you're caught up.  This essentially turned IG2 back into a turn-based strategy game.

Like most 4x strategy games, in Imperium Galactica 2 you're tasked with building an empire in an effort to defeat everyone else in the galaxy.  You do this through trade, espionage, research, colonization and most importantly conquest.

One of the more interesting features of IG2 is the interaction between space and the surface of planets.  Pure space battles would happen as you might expect, with the game scaling down into a smaller RTS map where your ships fight it out against the opposing side's ships.  Planetary conquests, however, are a bit more intricate.  The first step in taking over a planet is to take control of the space surrounding the planet.  This happens very much like any other space battle, except that planets themselves can have surface to space weapons.  This means that defenders can use planetary defenses as additional units to take out attacking ship, and attacking ships will have to destroy any planetary defences before a ground assault can take place.  To add a bit of realism, this weapons fire between space and a planet's surface will take a about 10 seconds, in real time, for ordinance to reach it's target.

Ground combat, by contrast, is much more muted.  Each side has a number of generic ground units that attack the other side's identical looking ground units in a city/colony style environment.  Once only one side's units remain, that empire is declared the victor and now has control of the planet.

Imperium Galactica 2 can be played over either a TCP/IP Direct Connection or by IRC network.  While similar in almost every respect, IG2 limits players to only one playing speed while in a multiplayer and disables the ability to pause the game.

Run the game with the command "setconsole", then during gameplay, press "~" and enter the following in the command console for the desired effect. 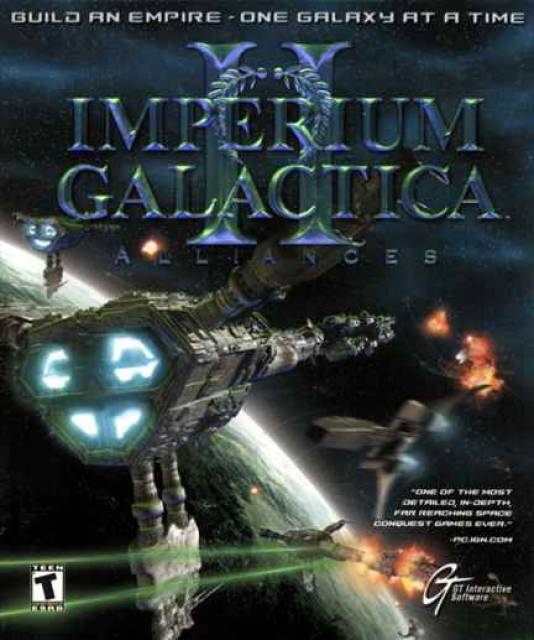