10 Genesis classics on one cartridge, released in Brazil by Tec Toy and in Asian territories by Sega themselves.

Sega Top Ten is Tec Toy's follow-up to their previous compilation cartridge, Sega Top Five. It was released as a stand-alone cartridge initially as a pack-in for a model of their Mega Drive III, and then on its own. This second release is commonly known as "10 Super Jogos" since the center text from the previous release (10 Jogos incluídos) was replaced with this.

In Asian countries, Sega themselves published the cartridge, and it was released under the name "Mega Games 10", tying it in with their loose series of "Mega Games" compilation releases.

This cartridge includes the following games: 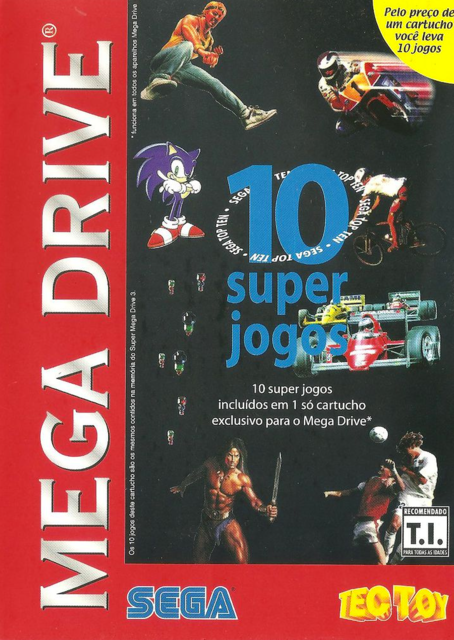