Basketball game based on the 1992 film starring Woody Harrelson and Wesley Snipes.

White Men Can't Jump is a video game released for the Atari Jaguar in 1995, based on the movie of the same name. Like in the movie, players play games of two-on-two street basketball. The game shipped with the Team Tap Adapter allowing four players to play in tandem. Due to its poor graphics, and other downsides, it has been highlighted as one of the worst Jaguar games by some critics.

The aim of the game is to gain enough money to enter, and win, the slam city tournament. After the player has earned a total of $5000 they are automatically entered into the tournament. To earn money the player must gamble on their games: the amount of money they gamble is up to the player and can be as much or as little as they like. The game features a save mode so the player can save their progress and don't have to keep starting again and again. The game is viewed from the half court line, with a screen view that pans and zooms to follow the action.

Apart from goal tending and clearing the ball there are no rules and players can tackle anyway they like, whether this be through shoving the opposition from behind or grabbing the ball.

There are two modes, a single player campaign where the player picks a team from the fifteen available and a tournament mode in which they can team up with a friend and play against two others using the Team Tap Adapter.

NBA Jam Dr. J and Larry Bird Go One on One 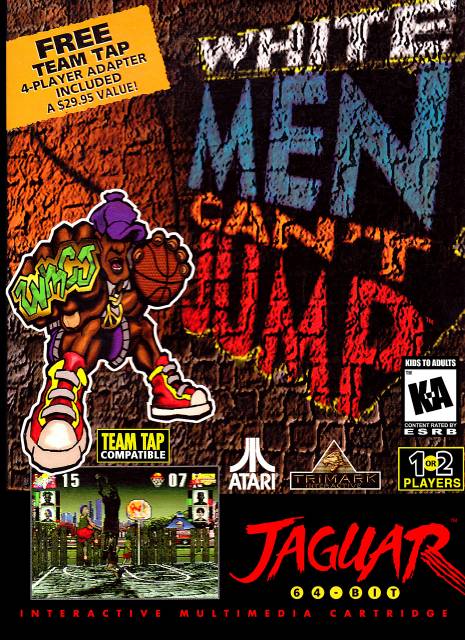