Aka to Blue is a sci-fi vertical-scrolling shoot-'em-up developed and released by Tanoshimasu for iOS and Android devices on August 10, 2017 (in Japan) and September 26, 2017 (worldwide).

The game was later exclusively remade for arcades in conjunction with exA-Arcadia (as the launch title for the exA-Arcadia hardware) on November 28, 2019 as Aka & Blue Type-R. This remake features a base resolution of 1080p for all rendered graphics and pushes the maximum amount of bullets displayed on screen in a shmup. A new arranged soundtrack is included in the game but the original soundtrack is selectable with a secret command. The game is playable in both 3:4 and 9:16 vertically orientated screens with 2 completely different HUDs. 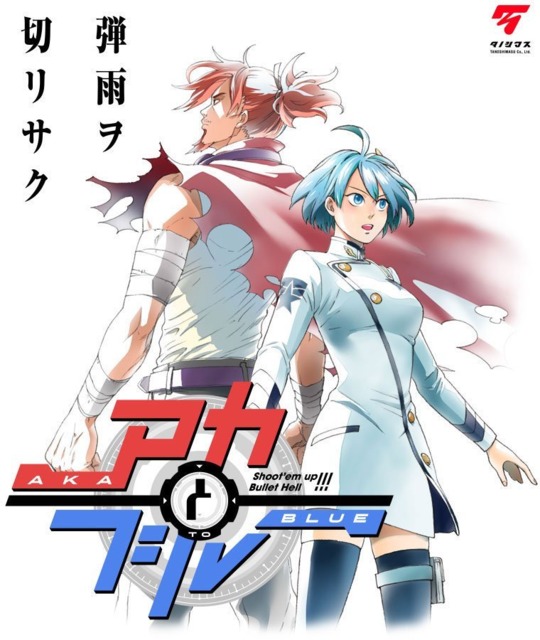