Battle an ever growing alien threat while upgrading your ship and traveling to different planets to take on trade missions and tactical assaults. An early top down, free moving Dreamcast shooter.

Armada is a sci-fo action shooter developed and published by Metro3D for Dreamcast.

It included elements from a number of other types of games (4-player Co-op, Loot Gathering and mission based game play). The game included 6 playable races with different power sets and also include ship customization.

Each of the races that can be used are humanoids that were descended from Earth's humans. Years of living in different systems have changed their attributes. The 6 playable races in Armada are: 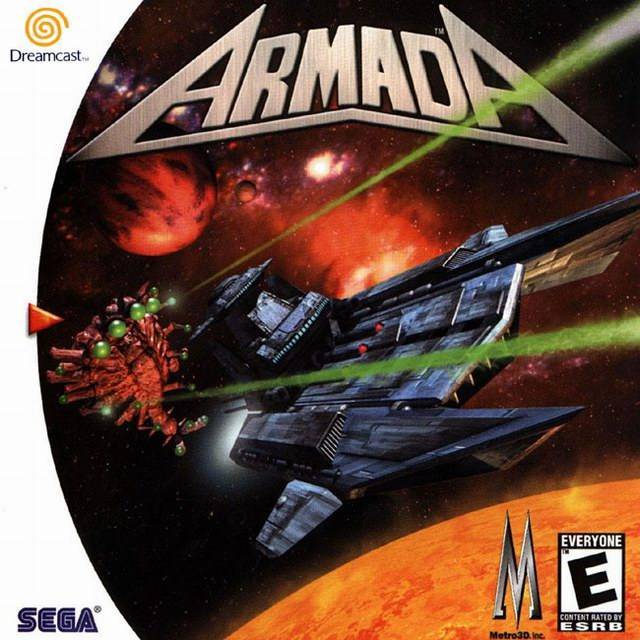