Yakuza, known in Japan as Ryu ga Gotoku (Like a Dragon), is an open-world action-adventure game with RPG elements, developed and published by Sega, in which you play the role of a Yakuza gangster known as Kazuma Kiryu. It was released in 2005.
PlayStation 2

Kazuma Kiryu, the famed, "Dragon of Dojima," was one of the most feared members of the Dojima Family in the Tojo Clan, but when he took the fall for the murder of his family's boss, he wound up locked up in prison for ten years. He returns to find that his friend is missing, his closest ally is now his greatest enemy, and the gang he used to work for wants him dead. When Kazuma learns about the disappearance of 10 billion yen and meets a mysterious young girl, he gets involved in a massive conspiracy that threatens his life at every turn.

The combat in Yakuza mainly focuses on hand-to-hand brawling, with a selection of weapons. Fights progress by combining light attacks with heavy attacks, throws, and dodges. When Kazuma’s Heat bar fills up, he is allowed to unleash special attacks with weapons, or perform equally brutal ground attacks. By finishing opponents with one of Kazuma’s Heat moves, extra experience points will be rewarded. These points can be used to increase Kazuma’s Soul, Technique, and Body level. Soul affects the Heat meter, Technique, the player's move set, and Body, Kazuma's health. Teachers scattered around the area can also help Kazuma by teaching him additional moves, otherwise unattainable by normal leveling.

When not on a mission, Kazuma is allowed to go anywhere within Kamurocho, the district of Tokyo in which the majority of the game is based. He can go to various fast food outlets, convenience stores, and other miscellaneous locales such as casinos, Club Sega, and Don Quijote. During free roam, random battles will occur in which gangsters, street punks, and drunken office workers will start a fight. Coin locker keys are found all around the city, and they allow access to a multitude of items. Kazuma can also use taxis to move across the city, as a form of fast travel.

While exploring the city, Kazuma can take part in various activities in order to obtain extra money and items. These include an underground casino which offers blackjack tables & roulette wheels, a batting cage, cage fighting, hostess bars, and UFO catcher machines. People on the street will also offer jobs to Kazuma which usually involve beating someone up. Thus, time spent on the streets of Kamurocho is rarely dull.

On the 13th, July 2012, Sega announced that Yakuza 1 and 2 will receive a high definition facelift in the form of the bundle; Yakuza 1&2 HD Collection. The HD update will have the game running at 1080p (whereas the Yakuza games that use the Yakuza 3 engine run in 720p.) It also includes minor improvements such as marking the menu items that you've already purchased in restaurants and so fourth.

It was released in Japan on the 1st, November 2012. It is unknown if it will be released outside of Japan. 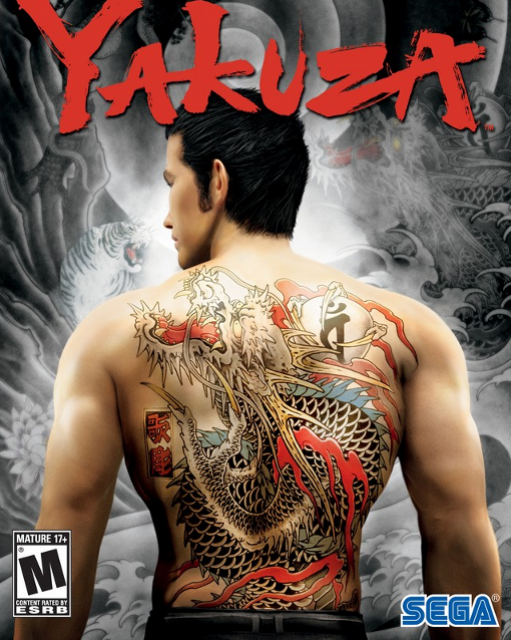