Released on October 24, 2002, this is the first ever home console release in the Taiko no Tatsujin series, coming bundled with a Tatacon drum controller to replicate the arcade experience. It features an arcade mode with 30 songs, and introduces many console-exclusive features that would be included and expanded upon in later titles, including mini-games, custom drum sounds, and auto-play.
PlayStation 2 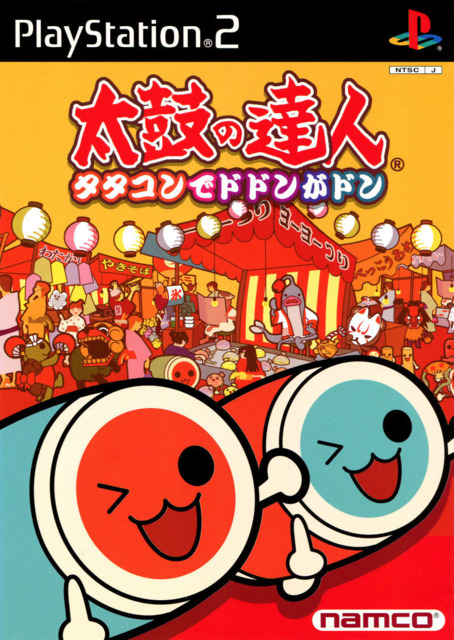