A Sengoku-era strategy game that was first released on PC-88 and ported to the Sega Mega Drive. It is the second of Wolf Team's Zan series.

Zan: Yasha Enbukyoku ("Zan" is a sword slash while Yasha Enbukyoku means "Yasha Waltz") is a strategy game for the Sega Mega Drive and NEC PC-8801 (and 9801). It is the second game in Wolf Team's Zan franchise, following Zan: Kagerou no Toki, and the first to be released on a console.

The goal of the game is to conquer Japan through warfare and diplomacy. In a twist, the protagonists are benevolent Yasha - Buddhist spirits that can be either protectors or tricksters - while the antagonists are demons. The human armies occupy a neutral role. In addition to enemy forces, players must also be prepared for events like natural disasters. 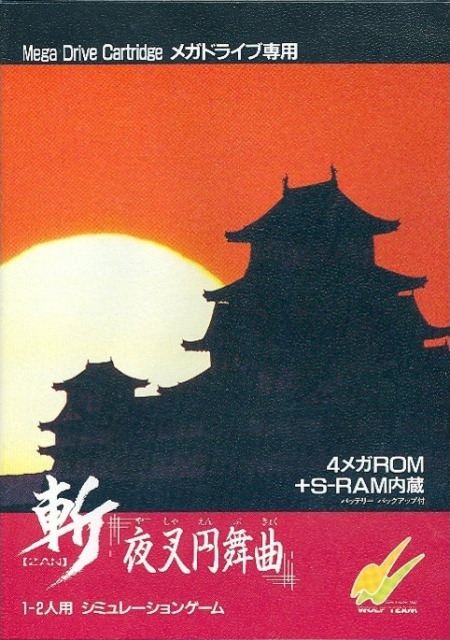