World Class Track Meet is a sports game in which the player uses the Power Pad peripheral to compete in track and field events. Available events include the 100m Dash, the 110m Hurdles, the Long Jump, and the Triple Jump.

The only characters in the game are competing racers, named after animals ("Turtle" being the slowest, and "Cheetah" being the fastest.)

Originally released in North America by Bandai as Stadium Events (part of the Family Fun Fitness series), the North American rights were bought by Nintendo and the game was rereleased under the new title. World Class Track Meet was released on the NES as an individual game, as well as part of a compilation cartridge that included Super Mario Bros. and Duck Hunt. 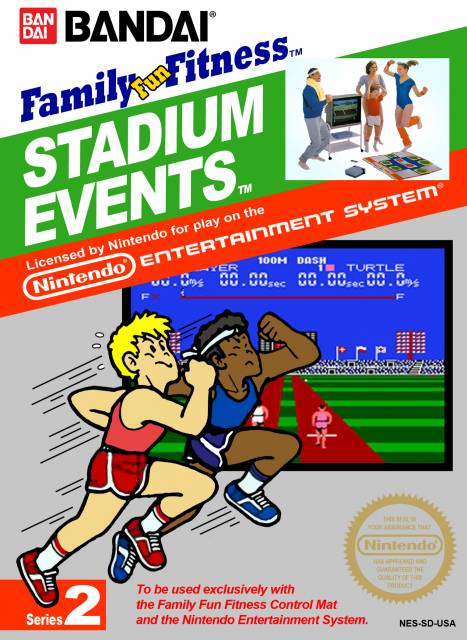