Star Wars: Obi-Wan puts the player in control of Obi-wan Kenobi as a padawan. The game starts in the events leading up to Episode 1, and continues into the events in Episode 1 itself.

Announced originally designed as a PC title "Star Wars: Obi-Wan" would be the spiritual successor to "Star Wars Jedi Knight: Dark Forces II". The PC version was cancelled in early 2001, with LucasArts moving development to console, and blaming technology limitations and higher standards of quality for the change. The game was released on December 19 2001 in North America and on March 14 2002 in Europe.

"Star Wars: Obi Wan" is a 3rd person action adventure game. Taking control of Obi-Wan players will have access to Force powers and the Jedi weapon of choice, the Lightsaber. Use of the Lightsaber is mapped to the right analog stick. Moving the stick right will swing the blade right etc. Force powers are enabled by holding down the left trigger and pressing any one of the face buttons, pressing the A button will allow you to Force jump, X will disarm enemies, Y activates Force Push and B will allow you to Force throw. In addition to using the face buttons, clicking in the right stick will throw your Lightsaber and control it's direction.

The single player campaign is broken up into 5 chapters with various missions and Saber Arena battles within each. The story will start you off before the events of Episode 1 and ends with the dual between Darth Maul and Obi-Wan.

The multiplayer in "Star Wars: Obi-Wan" is a 1v1 3rd person Lightsaber dual. You and a friend each control one Jedi master and using the same controls as the single player. Initially only two characters and 4 arenas are available at the onset. Playing through and completing of the single player campaign will unlock more Jedis and arenas.

Obi-Wan Kenobi: Available from the start.

Qui-Gon Jinn: Available from the start.

Depa Bilaba: Defeat the training droid in the Chapter 1 Saber Arena to unlock.

Star Wars: Episode I - The Phantom Menace Rune Blade of Darkness Die by the Sword Legacy of Kain: Blood Omen 2 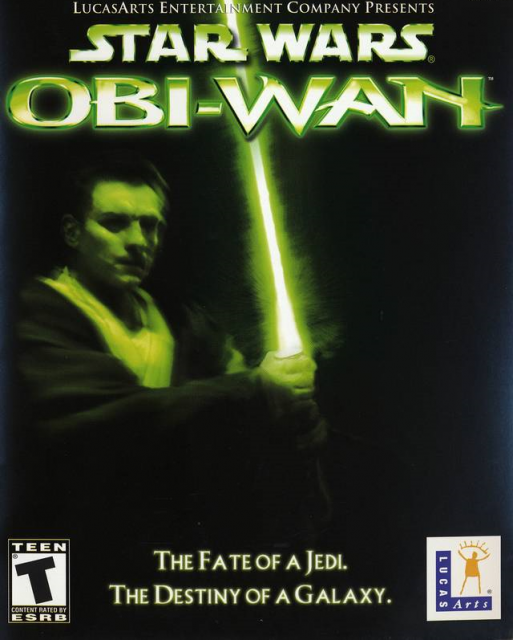