Tales of Arise is the seventeenth title in Bandai Namco's long-running Tales of... RPG series.

Bandai Namco's latest Tales of... game was announced at E3 2019 during the Microsoft press conference, and was released worldwide on most platforms on September 9, 2021 (with a Steam release one day later). The latest Tales title has multiple changes from previous games in the franchise, including a new engine using Unreal Engine 4 as the base, different art style, and updated gameplay mechanics.

The planet of Rena has ruled over the world of Dahna for 300 years, taking its resources and enslaving its people by dividing Dahna's territory with walls and appointing five Lords to rule over its people. Most Dahnans have been so beaten down they revere Dahna and hope to one day join it, but a select few seek to rebel against their oppressors and free Rena from Dahna's grasp.

In this setting, a Dahnan man in an iron mask without his memories who can't feel pain rescues a Renan woman with a curse that brings pain to everyone who touches her. The two soon join forces, hoping to defeat all five Lords and overthrow their Renan oppressors.

A Dahnan slave who lost his memories and his ability to feel pain, initially named "Iron Mask" for the iron mask that he wears and is unable to take off. With Shionne's help, he is able to wield a Blazing Sword that would normally kill most people, and slowly regains memories of his past life as Alphen, going on a journey with her to destroy the Renan Lords and free all Dahnans from their oppressors. He also enjoys cooking food with lots of spices that are too much for most people to handle.

A Renan woman who delivers a painful "Curse of Thorns" to anyone who touches her. She teams up with Alphen after he is the only one to not recoil in pain from her curse, and is on a mission to defeat the five Renan Lords. She wields a magical rifle and grenades in combat, and enjoys eating a wide variety of food.

A Dahnan Mage who is somehow able to use Astral Artes that were thought to only be usable by Renans, by chanting incantations with her books. She risks her life to get help for the Dahnan resistance in Cyslodia. Rinwell travels with a small owl named Hootle.

A Dahnan man who works for Rena's Bureau of Observation, a secret police organization in Cyslodia tasked with hunting down Dahnan dissidents. He initially tries to arrest Alphen, but later joins him on his quest after seeing his father murdered by the Renan Lord he served. A skilled martial artist who prefers solving problems with his fists rather than his head, he can shatter rocks and armor with his fists alone.

The strongest Dahnan soldier who serves directly under Dohalim in Elde Menancia. After seeing her brother sacrifice himself for Dohalim's ideals, she decided to join him and Alphen on their quest. Kisara dresses in a full suit of armor, wielding a tower shield and mace, and will block enemy attacks while the others dodge. She can also use her shield to stop enemies from charging and instantly down them for a few seconds.

The mild-mannered Renan Lord of Elde Menancia who transformed his domain into a peaceful land for Dahnans and Renans alike. He is well-versed in various forms of art. After surviving a coup attempt and admitting that his motives were not so noble, Dohalim abdicates his seat of power to travel with the others, hoping to spread his ideals to the rest of the world. Dohalim wields a staff in combat, and can use earth-based Astral Artes.

Arise retains some similarities to previous mainline title Tales of Berseria in having a party of up to six characters where four can battle at any one time, the two reserves can be swapped in as needed, and fighting is done on a fully 3D plane instead of a largely 2D plane with sprites. Beasts are no longer randomly encountered on the world map, but monsters with their own attitudes who can be fought or avoided as needed. Unlike other games, enemies will no longer drop gald by themselves, though some may drop items that can be sold.

Combat is slightly different, keeping the use of AG diamonds to pull off various Artes in lieu of a mana point system, but all healing-type Artes pull from a shared pool of Cure Points (CP) that does not regenerate on its own, and can only be restored with specific Gels or resting at a campsite or inn. CP can also be used by characters outside of battle to accomplish extra tasks, like removing a wall of flame or healing an NPC.

Characters can also make food in the field based on recipes gained through sidequests or hidden chests to heal their party and provide a stat buff, but must rest at campsites or inns to do so, similar to Final Fantasy XV, rather than cook food whenever they wish (if they have the ingredients).

Saving and fast travel are no longer done at specific points on the map. Saving can be done anywhere manually, on top of two auto-save slots that are frequently overwritten. Fast travel can be done at almost any time once the player stumbles over a fast travel point on a map, except when the game story locks the function. 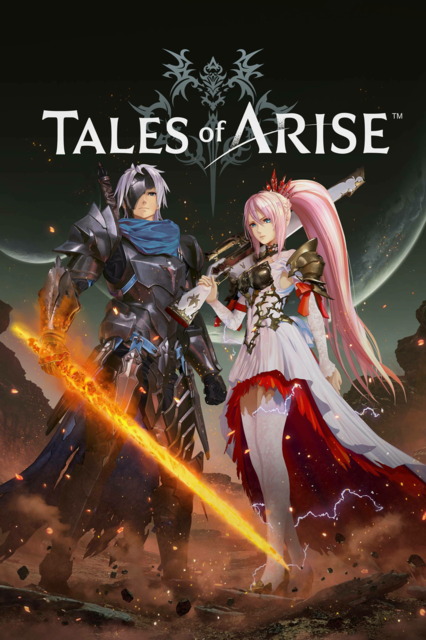