The eighth main installment of the Guilty Gear fighting game series, bringing a stylish new UI and high-octane soundtrack while building on their 3D cel-shading technique (which resembles CG anime).

Guilty Gear -Strive- is a 2.5D sci-fi fantasy fighting game developed and published by Arc System Works for the PlayStation 5, PlayStation 4, and PC on June 11, 2021. An arcade version was later released in Japan on July 29, 2021 for Sega's ALLS UX hardware (digitally via the ALL.Net P-ras MULTI Version 3 service).

The eighth main installment of the Guilty Gear series (after Guilty Gear Xrd -Revelator- and its revision), Strive builds on the stylized 3D cel-shading of Xrd -Revelator- (with new effects from the upgraded Unreal Engine 4) to give the illusion of CG anime. It also adds a new ultra-stylized UI, a high-octane soundtrack, and revamped character designs.

Much of the gameplay mechanics from Guilty Gear Xrd -Relevator- are retained, with some changes and additions:

The game includes 12 playable characters from Guilty Gear Xrd -Revelator- and three new ones (one of which was last playable on Guilty Gear XX Accent Core) for a total of 15. Additional characters were added as post-release DLC, with a Seasonal Pass system. 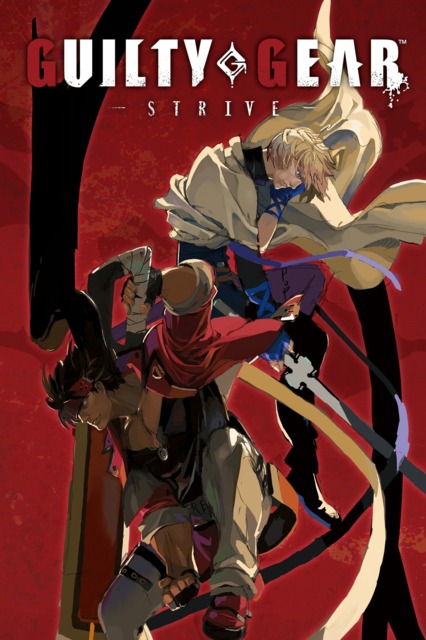