Fastest 1 is a Formula One racing game that uses a behind-the-vehicle perspective often seen in arcade racers of the period.

Human Entertainment adapted Fastest 1 from one of their earlier F1 games, F1 Triple Battle for the PC Engine; in particular the way the game's screen is split into three vertical slices. The Sega Mega Drive is still limited to two players at this time, so one third of the screen is always dedicated to the map. On single-player mode, the remaining third gives feedback about the player's lap times.

As the game lacked an official F1 license, all the team and racer names were slightly altered to avoid copyright disputes.

Renovation Products was set to release the game overseas as Speedway Pro Challenge in March 1993[1], but the release was cancelled for unknown reasons. Box shots have been leaked to the Internet somehow. 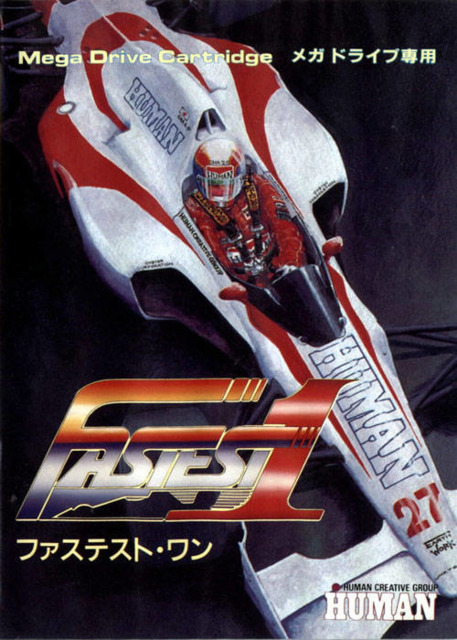