Jang Pung II is a Street Fighter clone for various Sega systems. A US Game Gear release called Street Battle was planned, but never made shelves.

Jang Pung II was released in December of 1993 for the Game Gear and Samsung Gam*Boy. It is very much a clone of Street Fighter II: The World Warrior, right down to characters, although all of their names are different (and all of the names are different between versions). A Mega Drive cartridge was released later, but is simply the Gam*Boy version in an MD cart and running in Master System mode.

The Game Gear version has been found in Japan with Japanese writing titled Street Fighter II and Street Blaster. A US release of this version was also slated to come out from Innovation Tech. under the title Street Battle, but was canceled.

Jang Pung II was considered a very poor Street Fighter rip-off, not only just in terms of stealing intellectual property, but also being a massively poor piece of software altogether, falling way behind even TecToy's officially licensed Street Fighter II port for the Master System. Jang Pung II was followed by Jang Pung 3, which not only used original characters, but is also widely considered to be a far better game, and even is often noted to be the best fighting game to be released on an 8-bit system. 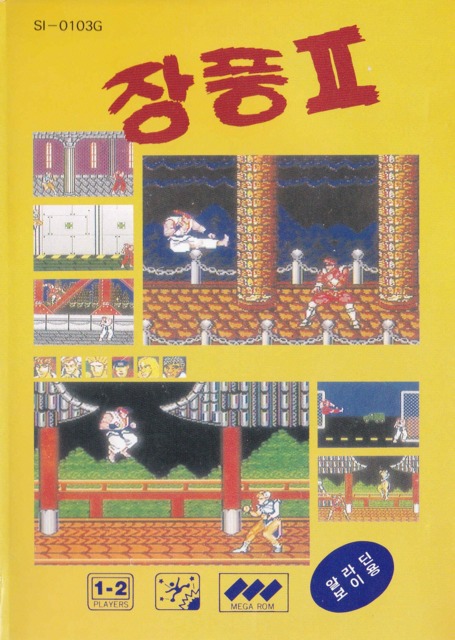