A compilation of the first two Bioshock titles with bonus content.
PlayStation 3

Included on this disc are:

A product with this same name was released for Xbox 360, but instead of being an all-on-one disc compilation, it was a 4 disc bundle, featuring each game and each game's respective bonus content on its own separate disc. 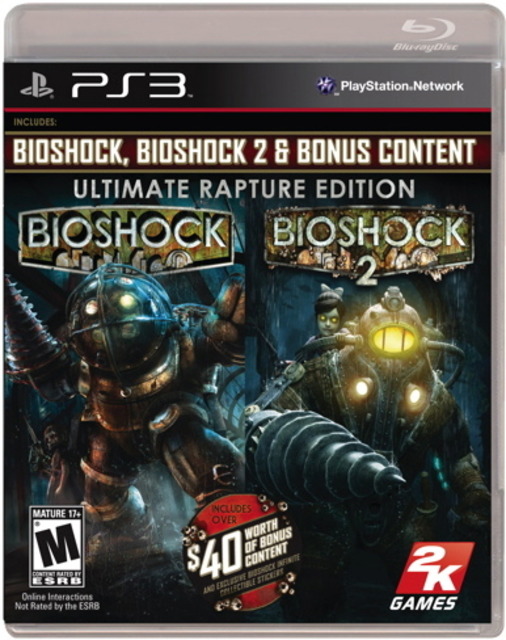