An Irem developed adventure game that is a sequel to the previous Nishimura Kyoutarou Mystery game, Blue Train Satsujin Jiken.

As with that game, and many of Kyoutarou Nishimura's stories, Super Express Satsujin Jiken is based around a murder on a train: in this case the famous Shinkansen, or "bullet train". It uses the same gameplay model seen in other Famicom adventure games where the player is given a list of operative words through which to interact with scenes and talk to NPCs, and the story progresses only once the player has interacted with the right hotspots in the correct way. 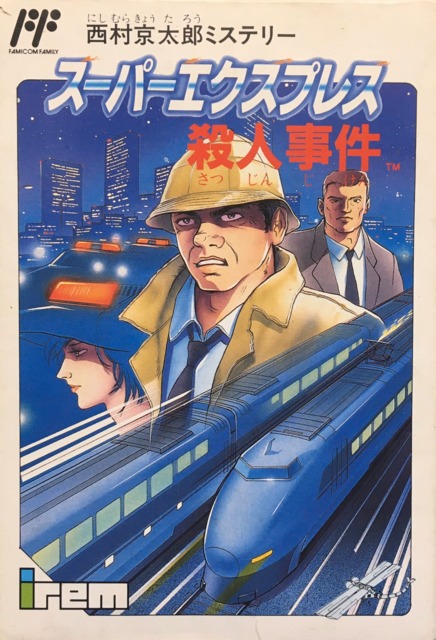