A Real-Time Strategy game in which humans struggle to save earth from an impending alien invasion from Jupiter. The player can play as human or Jovian in this graphically rich but gameplay poor title.

The game was most notable for featuring music by the popular psytrance group Eat Static, as well as a split-screen system, which would theoretically allow the player to keep track of four locations on the map at the same time.

Due to the game's poor performance on all but the most powerful systems of the time, clunky UI and lacklustre pathfinding routines, the game was panned by most critics. 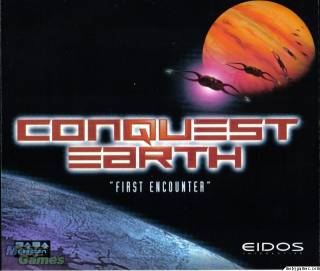