Nakajima Satoru Kanshuu F1 Super License is a racing game exclusive to the Sega Mega Drive and the third game endorsed by professional race driver Satoru Nakajima to be released on the system (but the seventh overall in the Nakajima Satoru franchise). The game was developed and published by Varie in late 1992, though Aprinet is thought to have contributed to the programming. It would be the last game in the franchise to appear on the Sega Mega Drive.

As with previous games in the series, F1 Super License balances an arcade-style top-down racing experience with simulation elements inherent to Formula 1, in particular choosing the right car parts for the track and weather and when to make pit stops for maintenance and replacements.

It is the first, and only, Nakajima Satoru game to carry the official Formula 1 license. 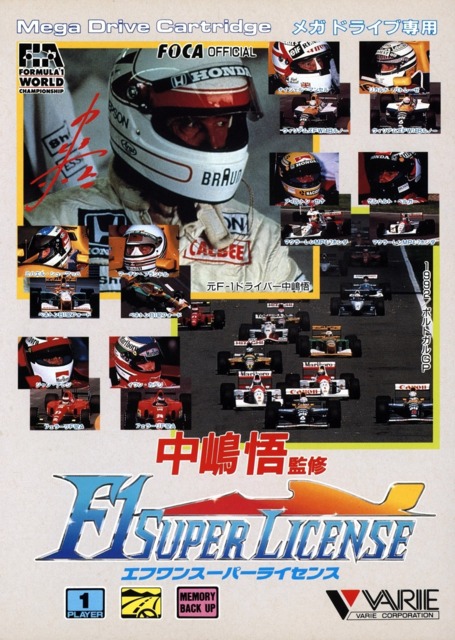