A mahjong solitaire computer game and one of the progenitors of the "nikakudori" variant, where tiles are unstacked and valid matches follow a special path-finding criteria.

Dragon is a mahjong solitaire game developed and released by LOG for Sharp X68000 computers in Japan in 1989.

One of the originators of the "nikakudori" variant of mahjong solitaire, Dragon changes the traditional formula by using an unstacked layout and following the "nikakudori" ("two-angle take") rule, where all tiles are considered "open" but can only be matched if a path of 1-3 orthogonal line segments can be imagined between them that touches no other tile.

The game late received a CD-ROM version for the FM Towns in November 1989, known as either Dragon Shock and Dragon Shock Towns, which includes a redbook audio soundtrack.

It also received a licensed arcade eroge adaptation by Dynax in 1989, titled Dragon Punch. This version received a clean overseas release in North America, released by Fabtek as Sports Match (which uses tiles with sports-related icons instead of mahjong tiles). This version also received three known bootlegs throughout the 1990's, known as Maya, Inca, and Black Touch.

It is currently unclear whether this game, Shisen-shou: Joshiryou-hen, or some unknown game is the true originator of the mahjong solitaire variant. The title screen for Dragon Punch refers to a copyright date of the original for 1988. 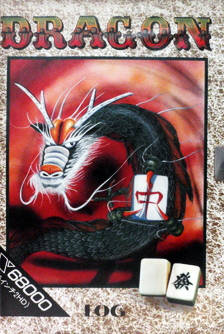