Originally released in 1987, Pac-Mania featured a unique take on the Pac-Man formula.

Pac-Mania is an action maze game originally developed and published by Namco for Arcades. The game was later released on a number of platforms, some of which had different developers doing the porting and/or different publishers.

Unlike regular Pac-Man, which is two dimensional, Pac-Mania has an isometric perspective, with the maze being larger than what is shown at any given time. The core game play is similar to original Pac-Man, with the goal being to eat dots, and eat ghosts after eating the power pellets. However, the main distinguishing feature is that in Pac-Mania, Pac-Man can jump to avoid ghosts. However, as the game progresses, the ghosts also attain the ability to jump, thus making them that much more dangerous. 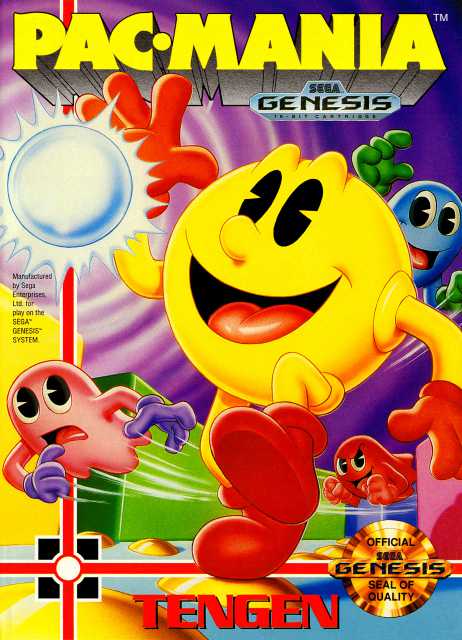