In Gobliiins, you solve puzzles using the unique abilities of three small goblins.

A puzzle game about three Goblins that need guiding from one scene (screen) to the next. The puzzles are not always logical and so progress is sometimes made through trial & error and pixel hunting. A big part of the charm of the game is the hilarious reactions of the Goblins when a wrong action is taken.

Each scenario can only be completed by using the unique talents of each Goblin co-operatively.

Ignatius - The 'engineer' of the group, Ignatius is the only character that can pick up, transport and manipulate objects. It could also be considered that he is the leader of the group because he safeguards the objects and does all the talking and bargaining.

Oups - Oups is a magician. His talent is casting spells on objects. This either causes them to grow, new platforms or ladders to appear or transmutes the object into something different entirely. Misuse of his power usually results in something bad happening.

Asgard - Asgard is the athlete and fighter. He is the only one that can climb and  can hit, push or pull objects. He has limits though, you can't expect him to take on monsters with his bare hands.

The characters are identified by the names Dwayne, Hooter and BoBo in the USA version of the manual, perhaps a misguided attempt to make the game less ' European'.
The Lost Vikings Norse by Norse West: The Return of the Lost Vikings The Prophecy Star Trek: 25th Anniversary Creatures 2: Torture Trouble The Bizarre Adventures of Woodruff and the Schnibble 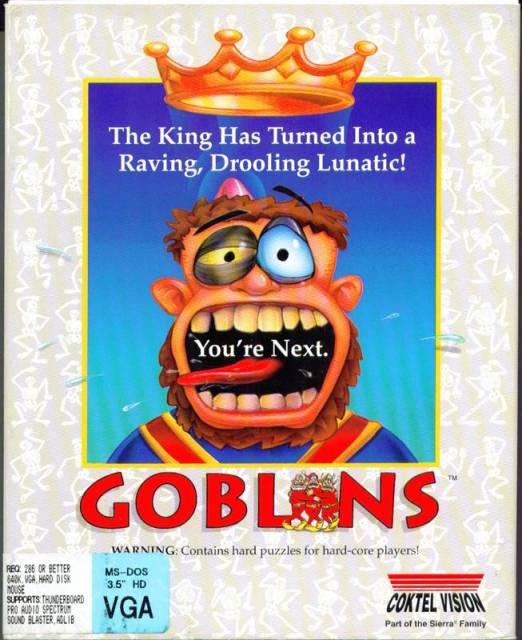