Killed in his attempt to unify Japan under his rule, Nobunaga Oda makes a pact with the demon king Fortinbras and returns with a vengeance. The Princess of Inabayama Castle is caught in the crossfire and kidnapped... but not before sending a plea for aid to her friend, the samurai Samanosuke Akechi. This man will fall and rise again as an Oni Musha - a demon warrior!
PlayStation 2

Onimusha: Warlords is an action-adventure game by Capcom Production Studio 2 and the first entry in the Onimusha (2001-2006) franchise. Directed by Jun Takeuchi (Resident Evil 5) and released for the PlayStation 2 on January 25, 2001, it was the first PS2 game to break the million unit mark, with 900,000 copies sold in the first two weeks in Japan and roughly 2.5 million in its lifetime.

In 2002, an updated edition featuring enhanced graphics, new enemies, costumes and an extra boss was released for the for the Xbox as Genma Onimusha.

The game began development at the tail end of the PlayStation's life and borrowed the Resident Evil engine & some of its mechanics and technical quirks, such as pre-rendered backgrounds, doors-as-load-times, document collection and simple item puzzles, and the well known tank controls in favor of analog controls. When the PlayStation 2 was announced, the team decided to rebuild the game with the new hardware in mind. While the PS1 version was scrapped the engine's quirks and the game's RE-inspired game design remained.

The game was highly anticipated at the time of it's release; not only was Mega Man's creator at the helm, but the developers were ambitious and utilized motion capture for combat (still novel in 2001) and had a 200-piece orchestra performing the soundtrack. The 3D model of Samanosuke was based on famous Japanese actor Takeshi Kaneshiro, and the fidelity of his and other models in the CG cutscenes were impressive at the time.

Some controversy surrounds the critically acclaimed score of the game, as it was revealed in February 2014 that Mamoru Samuragochi (credited as Samuragoch), the game's composer and a sort of "Japanese Beethoven" had lied about the reality of his hearing disability (barely deaf vs completely deaf). Also, he had in fact not composed the game's music at all. Takashi Niigaki was the ghostwriter.

The most famous trivia about the game comes from a bug report. Under certain conditions, when the player performed an uppercut slash on an enemy, it would be lifted up and frozen in mid-air, and the player could continue attacking freely until the enemy was destroyed. While this effect was excised from Warlords, it was purposely rebuilt into Devil May Cry, and ended up being one of the defining elements of the combat.

Sengoku Japan. An age of powerful warlords battling to unite the country under a single banner.

The story begins with a twist on the well-known Battle of Okehazama in 1560, where Oda Nobunaga defeated Imagawa Yoshimoto's superior numbers in a surprise attack and bolstered his reputation as one of Japan's greatest warlords. In the story of Onimusha, Nobunaga is killed by a stray arrow whilst receiving news that his enemy has been eliminated. Soon after, he rises from the grave anew, and his army marches on more powerful than ever, demons in tow. No wonder he nearly conquered the country!

One year after the events at Okehazama, strange occurrences began happening at the Inabayama Castle; disappearances of soldiers and workers vanishing without a trace. Because of the unusual events, Princess Yuki sends an SOS to her cousin, the dashing samurai Samanosuke Akechi. But he arrives too late... Yuki is missing. Luckily, Samanosuke is not alone - his ninja partner, Kaeda is with him - for suddenly the castle is under siege by demons, and the quest to save the princess is afoot.

The duo split up and Samanosuke encounters a pair of Three Eye demons making off with the princess just outside. He fends them off but is ultimately knocked unconscious with ease by the giant club-wielding demon Osric. He awakens in the oni realm, where an unknown benevolent force gives him a gauntlet with the power to absorb demons' souls. With it he can increase his abilities and channel the power of the oni.

"So fortune has smiled upon me this day. With the power of this gauntlet, I will destroy the demons and save the princess."

Though based on the same engine as Resident Evil, Onimusha is a faster, hack and slash action game with lighter puzzle elements. The legacy of the RE engine is perhaps most felt in the digital controls.

Moving feels just like RE, with Left and Right acting as rotation buttons, and Down and Up moving the player in the cardinal directions. There is a quick 180 turn button as well.

Combat features a standard attack button which can be mashed for combos, a special attack button which unleashes magic, a block button and a lock-on button. While locked on, Samanosuke's movement style changes from the standards RE tank controls to a Z-targeting inspired system. Left and Right will strafe around the enemy while Up and Down dashes closer and further away. The D-Pad will modify Samanosuke's attacks as well, such as pressing Down+Attack for a kick or finishing move, or Up+Attack for a stab or stunning slash. Regardless of the lock-on button being pressed, Samanosuke will always auto orient towards the nearest enemy if he is not being directly managed.

There are three basic types of puzzles in the game. Environmental puzzles, trap rooms and box puzzles. The first are standard, find-the-right-item to proceed types, such as needing a ladder to get down a cliff, or two crescent shaped pieces that fit together to form a magic key. There are a few "Trap Rooms" in the game where Samanosuke and Kaede must work together to proceed, such as a take-turns-pulling-levers through a booby-trapped hallway area. The rest of the puzzles are box types, such as sliding block puzzles where the player attempts to form an image or set a series of numbers, or a symbol memorization puzzle, based on collecting decoder journals.

Leveling up is not character based, but instead item based. Weapons all have their own levels, and these can be increased by spending souls on the weapon. Every successive level costs more souls. Souls in turn are acquired by killing enemies. How an enemy is killed will change how many souls its death yields. Some items, like the Magic Orbs, must be upgraded in order for the player to progress the game. This is the only progress gating used in the game. Doors act as experience level checks of sorts. For example, one door may require a level 2 Kouden Orb. If the player has not yet reached the required item level, they will need to return to previous rooms and fight the respawning enemies.

The player can select the [Enhance] command to spend souls on items from any Magic Mirror, the same place they save their game.

At various point in the game (and one lengthier section) the player will assume the role of Kaede, Samanosuke's ninja ally. She has a similar moveset with some unique abilities, such as a 180 Backflip, wherein she leaps over the enemy, turns, and attacks them from behind. 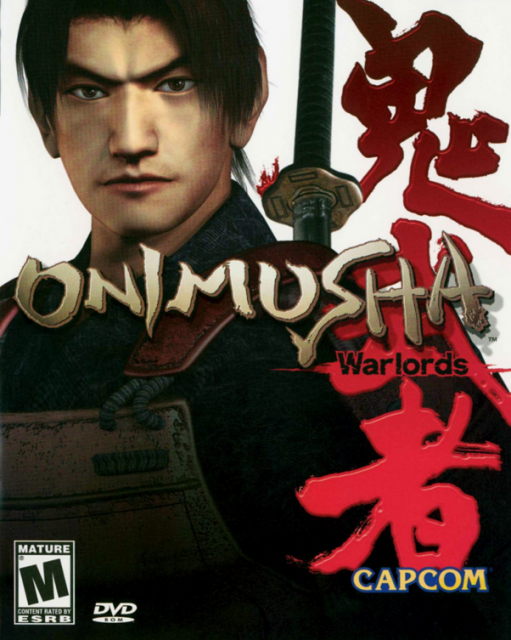