Shion and his Monster World Companions go on a quest to defeat BioMeka and his army of monsters, to restore peace to the land. Shion must make use of the special abilities of his companions in each world. Combines platforming and RPG elements, similar that in Castlevania II: Simon's Quest.

Wonder Boy in Monster World was later released in the U.S. on the Sega Genesis in 1992 and also on the European Sega Mega Drive. It also got back-ported to the Sega Master System with a graphical downgrade. There is also a TurboGrafx-CD release and rebranding of the game, which was known as The Dynastic Hero ("Chou Eiyuu Densetsu: Dynastic Hero" on the PC Engine CD-ROM). Lastly, both Wonder Boy in Monster World and The Dynastic Hero blessed the Wii Virtual Console back in 2007. 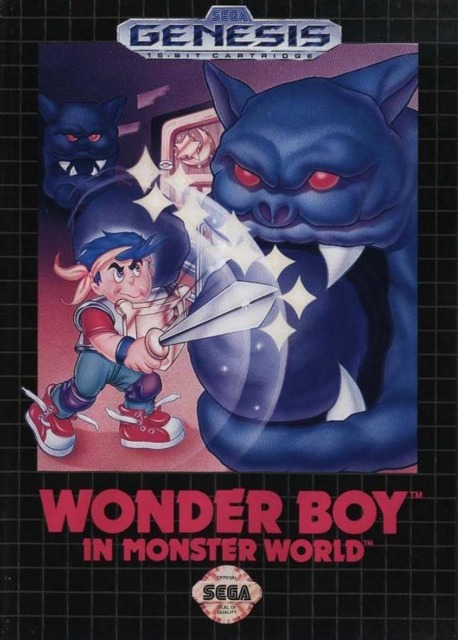