Set in prehistoric times, this side-scrolling platformer features the eponymous cavemen as they fight their way across various colorful levels. Also, there are cave babes.

Caveman Ninja (known in Japan as Joe & Mac: Tatakae Genshijin, loosely translated to "Joe & Mac: Caveman Fight") is a side-scrolling platformer developed and released by Data East for arcades in 1991.

Set in the prehistoric era, Caveman Ninja has cavemen duo Joe and Mac fighting rival cavemen and deadly animals to rescue various damsels in distress. While they start with their melee club attack, they can obtain throwable weapons (such as boomerangs and stone wheels) as power-ups.

The game has numerous console and computer ports under the Joe & Mac name between 1991 and 1993. The only first-party port, made for the Super Nintendo Entertainment System, is known for various gameplay changes (such as an overworld map system with additional levels, and the removal of charging-up weapons). It was also included in multiple compilations and digital re-releases after Data East's bankruptcy.

The game received multiple sequels and spin-offs, prior to Data East's bankruptcy. This includes the two sequels to the SNES version: Congo's Caper and Joe & Mac 2: Lost in the Tropics, and the 1994 arcade puzzle-platformer Joe & Mac Returns. Joe was later included in the European Game Boy puzzle game Franky, Joe & Dirk: On The Tiles.

The game received only one port made by Data East themselves, released for the Super Nintendo Entertainment System in Japan (on December 6, 1991), North America (on January 1992), and Europe (by Elite sometime in 1992).

This version is unique for reworking various aspects of the game, such as new and longer levels, an overworld map system, new enemies (including a new final boss), and two multiplayer modes (one of which, "Super Game", allows friendly fire and player collision for both a challenge and a way to reach higher areas easily). It also removes certain weapons, while removing the ability to charge-up weapons.

The game received third-party ports to numerous consoles, computers, and handhelds in both North America (as Joe & Mac) and Europe (as Joe & Mac: Caveman Ninja) from late 1991 to sometime in 1993. The North American releases were published by Data East USA (except the PC version, which was released by New World Computing, and the Genesis version, which was released by TAKARA), while the European releases were published by Elite. None of these ports received a Japanese release.

After the acquisition of Data East's IP from G-mode, the game received a port to the Zeebo exclusively in South America on April 16, 2010. This port was handled by Onan Games.

It was later released on the 2010 Wii compilation Data East Arcade Classics.

It also received received a digital re-release by Flying Tiger Entertainment for the Nintendo Switch on May 31, 2018 as part of the Johnny Turbo's Arcade series. This version was later included in the compilation Retro Classix Collection #1: Data East on October 1, 2020. 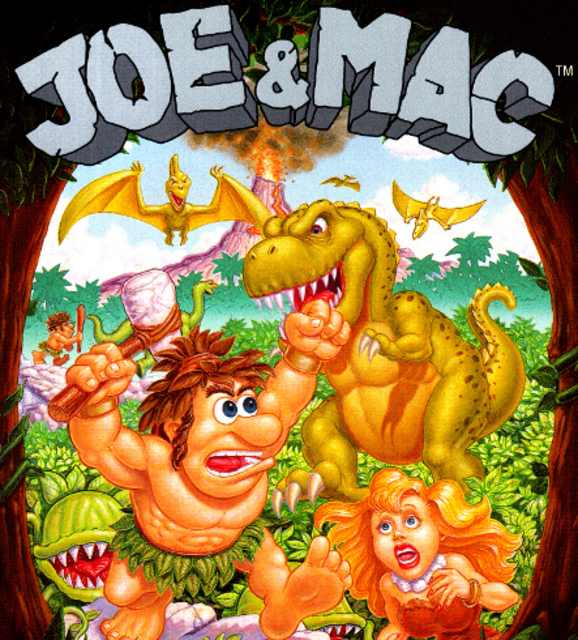