A polygonal space-sim shooter and the pack-in release title for the Atari Jaguar. Pilot a transforming attack fighter across free-roaming 3D arenas.

Cybermorph is a space-sim shooter that came packed in with Atari Jaguar consoles at the system's launch. The game was initially planned for Atari's 32 bit console The Panther before Atari eventually scrapped that project and brought the game over to the Jaguar instead.

In Cybermorph, the player is tasked with taking their transforming ship, the Transmogriffin, across various planetoids and moons to look for POWs trapped in pods. The player is frequently fed information by their AI intelligence agent, Skylar, who will also sarcastically comment on the player's flying ability if they collide with the landscape. 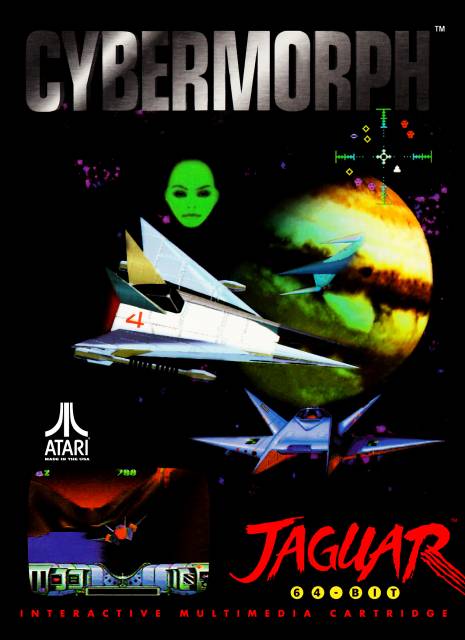