Revelations: The Demon Slayer (known as Megami Tensei Gaiden: Last Bible in Japan) stars young hero El and eventually his two companions, Kishe and Uranus. Very little is actually laid out about any of these characters, other than the fact that you're on a quest to become a Gaia Master and save the world, and the other two are along to fill your party because, hey, you saved their lives. The game is very lengthy and contains over a hundred types of monsters that you can recruit, much like Dragon Quest V.

Powers that only -GODS- could harness.

This is the beginning of tragedy." (game intro)

The Demon Slayer features simple random encounter text-based RPG gameplay, very similar to Dragon Quest. You cannot see your characters in battle, just the effects of their attacks. A unique feature to this game is the ability to "negotiate" with your enemies instead of fight them. Depending on your level and the level of your enemies, they may just attack you, or ask you vague yes-and-no questions. If you answer them correctly, they will join your team.

An example would be if you were fighting a Spider, you can select "TALK" from your commands. The Spider will first ask you if you want him to join you. Proceeding from there, he will ask you if he should truly respect you, if you understand his pain, etc. and if your answers please him, he'll join you. There is a party limit of six, but you can recruit basically as many monsters as you'd like.

Otherwise, battles are very straightforward, involving attacks, spells, defending, items, and even an auto battle option to speed things up. Character leveling is equally simple, though you can customize your hero to be more physical attack based or magic based.

One fun thing you can do with recruited monsters is combine them together to form ostensibly more powerful monsters. This creates another level of depth to an otherwise very simple game. 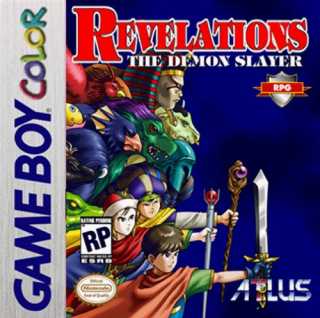