Versus fighting game released in 1995 by Datam Polystar for the Super Famicom and PlayStation. Re-released for the PlayStation Network in 2010.

The game was launched for the Super Famicom in early 1995, eventually seeing a Sony PlayStation port later the same year which expanded the cast of characters and gave them voice actors. It also adds redbook audio and various anime-style FMV cutscenes, including an intro that presents all the game's characters. The PlayStation port was later made available via the PlayStation Network as part of the PS1 Classics range. No version of the game was ever released in English, unlike Kendo Rage. 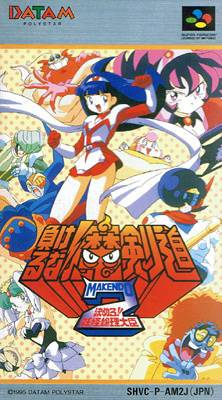